Our founding father, Sieg Philipp, moved to Canada from East Germany in 1956. Sieg was a diesel mechanic and one of his first jobs in Canada was installing power plants. In 1962 he stopped travelling around the north and settled in Fort Providence. In 1963 he met Memoree, who had newly arrived in the tiny hamlet to teach school. Soon they were married and settled down to raise a family. Little did they know at that time they would also be raising a family business. 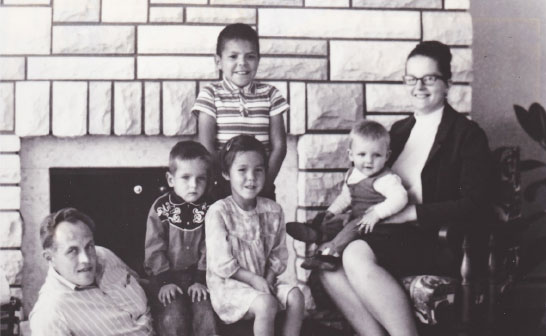 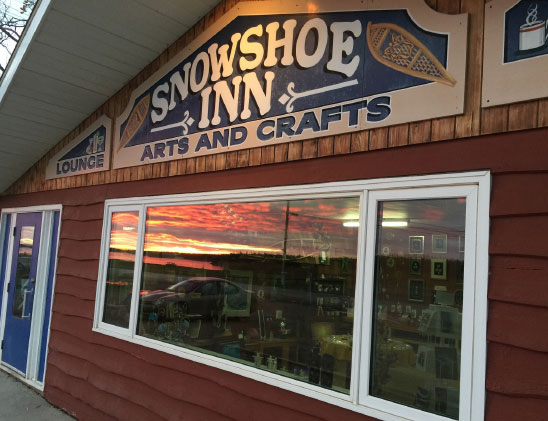 Snowshoe Crafts
In 1964, Sieg bought a truck to haul cord wood which was used to heat homes and buildings in the community. Residents cut the wood, either for a daily wage or for their own use, giving Sieg a portion to cover hauling. He would then sell the wood supply to Social Services and the local mission. That same year, Mem started buying local hand-crafted moose hair tuftings, moccasins and mukluks and was selling them to visitors from her back porch. A year later, needing a retail outlet, Mem and Sieg had a small log cabin built by a couple of local men and opened Snowshoe Crafts.

Operations today include the motel, restaurant, lounge, bulk fuel, as well as rental properties that include a general store, training centre, homes for local workers, and office space.

Café and Lounge
In 1966, our energetic young entrepreneurs decided Fort Providence would be well served with a coffee shop. They bought an old 2-room surplus government building, moved it beside the log cabin, put in a kitchen, a counter, seven stools, a booth and a table… and the Snowshoe Café quickly became the go-to hotspot for young and old alike.

Mem’s homemade pies were always a hit! They even put in a jukebox, and in summer had speakers outside and a dance platform perched among the nearby trees. Local teens jived to Elvis and 2-stepped to country & western music! That same year, after building a small store attached to the café, they started construction on a 5-room motel… the Snowshoe Inn. In those days there was a lot of seismic oil exploration happening in the area. Sieg saw this as another opportunity. The seismic camps needed fuel. So he stretched the family credit and in 1968 he bought a brand new fuel truck in Edmonton. Shortly after, he struck a deal with Pacific 66 to install fuel tanks in town, allowing him to set up a bulk fuel plant. Snowshoe was now in the fuel business, and still is today.

Snowshoe Inn
By 1973, to meet the increasing demand for accommodations, the Snowshoe Inn had grown to become a 35-unit motel on the banks of the Mackenzie River, where it sits to this day. Being an innovative and resourceful entrepreneur, Sieg knew he had to find an affordable solution to the high cost of electricity and heating that all businesses in the north faced. In 1973 he designed and installed a relatively simple co-generation system with three generators and an old wood-fired water boiler that burned 8-foot logs. Sieg’s innovations cut the company’s energy costs in half and paid for itself many times over. Snowshoe has effectively been “off-grid” to this day!

In the 70’s and early 80’s, this inexpensive access to surplus heat allowed the company to run its own greenhouse and, for a couple of those years, operate a chinchilla farm. Snowshoe continues to be a successful company in Fort Providence. Operations today include the motel, restaurant, lounge, bulk fuel, as well as rental properties that include a general store, training centre, homes for local workers, and office space. For a number of years, Snowshoe was the contracted operator of the Merv Hardie ferry that crossed the Mackenzie River.

Fort Providence is a quiet and picturesque aboriginal community on the banks of the great Mackenzie River. Our heritage is rich in Dene and Metis First Nations culture, as seen in festive public events and unique arts and crafts.

Our community is called “Zhahti Kųę” in the Dene language, which means “mission house” after the Roman Catholic mission that was established over 150 years ago. Today the Church of Our Lady of Providence, built in 1861, stands as a historic reminder of this history. The community was later named “Fort Providence” by the Hudson Bay Company.

Wildlife is plentiful here, and with Fort Providence situated next to the Mackenzie Bison Sanctuary, the roaming herds that occasionally wander through town are among our greatest attractions. Fishing in the Mackenzie and other nearby rivers is fantastic, with abundant species of Grayling, Trout, Pickerel and Pike.